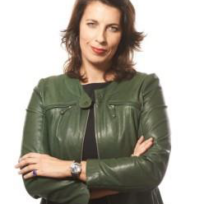 Ljubica Gojgić is the editor and host of a daily political talk show “Pravi ugao” on Radio-Television Vojvodina. With over twenty years experience as a journalist, Ms Gojgić specializes in topics such as media, EU affairs and international law. She was awarded the Best Editor award by the Serbian Association of Journalists in 2008, as well as Best Journalist awards by the “Danas” daily newspaper and the “Status” magazine in 2012. 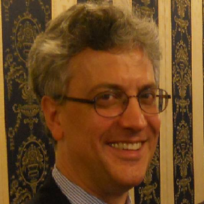 Vincenzo Le Voci is the Secretary-General of the Club of Venice, the network of the communications directors from the European Union member states and institutions and from countries candidate to the EU membership. He has fulfilled this role since 2011. He is a longstanding European civil servant, having worked for the General Secretariat of the Council of the EU for 26 years. Since 2001 he is in the Directorate-General of Communication, where he is currently responsible for Transparency and Information Policy matters. Before joining the EU he worked 7 years for NATO in administration management and logistics, as a US Air Force – DOD official. 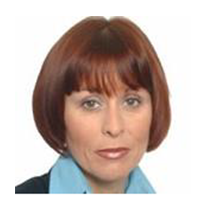 Zrinka Vrabec-Mojzes is a journalist and columnist of the Nacional political magazine in Croatia and also an anchor and editor of TV Net. Previously, she was an award-winning anchor and editor of euro-integration programmes on Radio 101. She also hosted a political talk-show The hot seat on Radio 101. In 2007 she was elected as a member of SEEMO board, and in autumn 2009 she became a Vice-president of the Board. The Croatian President Ivo Josipović appointed her in 2010 as an Advisor for Social Affairs and until the end of his Presidential term in 2015 she worked in the Office of the President. In her duty she covered wide range of fields – from culture, education, human rights, civil society, to media, which are her speciality. 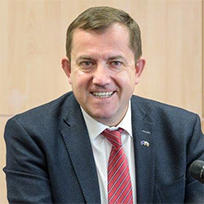 Ognyan Zlatev is the Head of the Representation of the European Commission in Croatia. He has significant experience in the field of communications, media development and NGO management. Before joining the European Commission, he was a member of the Board of Bulgarian National Television. In 1998 Zlatev founded and managed the non-governmental organization Center for Media Development in Bulgaria. His past positions include Head of the Representation of EC in Bulgaria, Director of the Information Center of the Open Society Institute in Sofia, Head of the BBC Center in Bulgaria and Exchange Officer at the British Council in Bulgaria. He was also a representative of the OSCE on topics such as media self-regulation, freedom of the press in countries in transition, such as Central Asia, the Caucasus, and the Middle East. He has also worked for the World Bank. 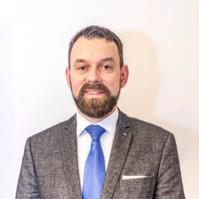 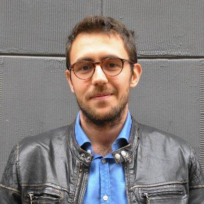 Gabriele is an award-winning slow journalist and investigative podcaster from Rome. He previously worked as a central Europe Correspondent and Community Editor at Slow News and has freelanced for news outlets including Die Zeit, L’Espresso, La Repubblica, International Press Institute, Trouw, VICE and Sveriges Radio. In 2020 he joined the UNESCO Newsroom and covered the World Press Freedom Conference in The Hague. 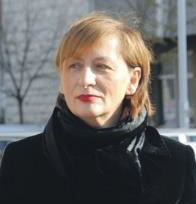 Milka Tadić, or Milka Tadić Mijović, is a well-known journalist, international media correspondent and anti-war activist from Montenegro and former Yugoslavia. She is one of co-founders and the executive director of the first Montenegrin private independent weekly established in 1990 Monitor Podgorica, Montenegro. Milka Tadić Mijović was the first journalist in Montenegro who was fired for criticizing Milosevic’s nationalistic policies in the nineties. Besides opposing war crimes and human rights violations of Balkan politicians, Ms Tadić Mijović is also a proliferate writer exposing abuses of state power and high-level corruption in her native country Montenegro. She is also a lecturer and trainer of investigative journalism. Reporters without Borders included her in their first ever list of ‘100 Information Heroes’. She is the founder of the Center for Investigative Journalism of Montenegro (CINCG), and its president since 2016. The Center is focused on research in the field of rule of law, corruption, human rights, European integration, etc. 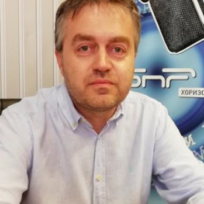 Vladimir Shopov is a visiting fellow with the Asia Programme at the European Council on Foreign Relations. He was a fulltime lecturer in politics at Sofia University (2004-2006) and an adjunct professor at Sofia University (1997-1998) and the New Bulgarian University (2012-2014). He has been an external lecturer on the European Union, NATO, security, and southeastern European affairs at the Diplomatic Institute of the Bulgarian Ministry of Foreign Affairs since 2004. He is currently teaching on Asian Affairs in the Politics Department of Sofia University as an adjunct professor. He has been a foreign affairs columnist at Forbes Bulgaria since 2011. He is a co-founder and columnist of Reduta.bg, a Bulgarian website for analytical journalism. He conducted a research on China’s media presence in eight South East European countries -Albania, Bosnia and Herzegovina, Bulgaria, Croatia, Kosovo, Montenegro, North Macedonia and Serbia – commissioned by the KAS Media Programme South East Europe. He summarised his findings in the study “China’s Rising Media Presence in South East Europe”. 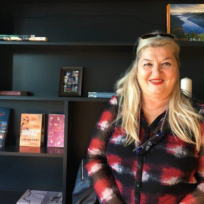 Filjana Koka
MRTV and Deputy President of the Association of Journalists
of Macedonia, Skopje

Filjana Koka, Vice President of Journalists’ Association of North Macedonia, also believes that journalists should protect their mental health, regardless of their pride. In her many years of work as a journalist, Koka was attacked several times but says that she was traumatised the most when she was attacked by her colleague, a cameraman she was on assignment with. She sought out psychological assistance independently for the shock and trauma she experienced and says that the attacked caused PTSD, for which she was treated for over a year. 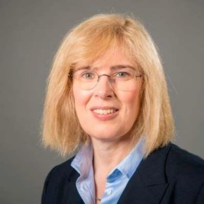 Claudia Nothelle, born in 1964, is a journalist and has been a professor at the Magdeburg-Stendal University of Applied Sciences since 2017. Nothelle studied Catholic theology, German politics and education. She worked as a reporter for ARDaktuell in the New Delhi studio in India. From 2006 to 2016 she was initially editor-in-chief and then program director of Rundfunk Berlin-Brandenburg (RBB). Nothelle is chairwoman of the supervisory board of the Catholic School of Journalism and a member of the Central Committee of German Catholics. 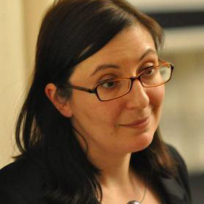 Irina Nedeva is President of AEJ-Bulgaria, Member of the Management Board, journalist and author of documentaries with many years of professional experience in public electronic media. She is a senior editor in morning broadcasts of the BNR’s Horizon program. She also has experience in independent film, television and radio projects. As a person who believes in the social significance of critical thinking and open public debate, she is also involved in the first independent Red House Center for Culture and Debate, since its founding in 2000. Her professional interests include topics such as social and political movements, post-communist development, art and activism, human rights, media freedoms, religious and minority rights, politics, history, the Cold War and migration. 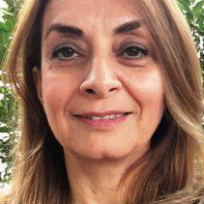 Mădălina Rădulescu-Vochin has been a TV news journalist and producer for 28 years. She has worked in private and public media in Romania as a news reporter, news editor, news producer, editor-in chief/News and Current Affairs. For almost five years she held the position of news director of Romanian Public Television(TVR). Rădulescu-Vochin has produced news formats and news programs at TVR. In 2019, she and her team completed an ambitious project for a state of the art news studio of public television, the biggest HD news studio in Romania. She has been elected as EBU News Committee member since November 2019. 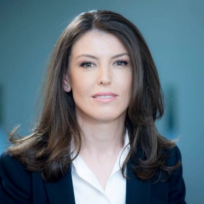 Serbeze Haxhiaj is an investigative journalist and news editor based in Pristina, Kosovo, who focuses on corruption, human rights, security issues, religious extremism, terrorism and war crimes. She is currently an editor at Radio Television of Kosovo and a journalist at the Balkan Investigative Reporting Network (BIRN). Haxhiaj previously worked for the daily newspapers Rilindja, Zeri, Lajm and Koha Ditore and was the correspondent in Pristina for Le Courrier des Balkans. She has recently been published in The Financial Times, Der Standard, Neue Zurcher Zeitung, Voice of America and Al Jazeera. For her reporting on war crimes, organized crime, corruption, human rights and violence against women, she has received 16 awards from various local and international organizations, including a 2020 EU Award for Investigative Journalism. 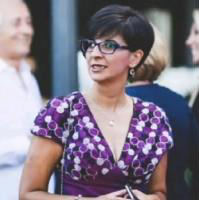 Lejla Turcilo is the head of the Department of Journalism and Communication at the Faculty of Political Sciences in Sarajevo, a media analyst and a member of BH Journalists. She reported an intensification of the hateful comments in the recent weeks, which was strongly condemned in a statement by the journalists’ association. Recently, In Sarajevo, Turcilo was targeted by nationalistically motivated hateful comments on social networks. Coordinated attacks, hateful comments and defamatory statements started a year ago on social media against professor Turcilo, led by several media outlets. BHN President Marko Divkovic said that the attacks on professor Turcilo and on representatives of the BH Journalists’ Association “represent a brutal online violence and a violation of the right to freedom of expression and public action.” 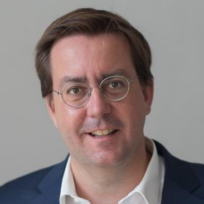 Christian Mihr is a journalist, human rights activist and expert on international media policy. He has been the managing director of Reporters Without Borders since 2012. He is particularly interested in Internet surveillance and censorship circumvention, Internet governance, media pluralism in the digital world and intelligence control in the digital age. He was already an expert in the German Bundestag in the committees “Digital Agenda”, “Culture and Media”, “Home Affairs”, “Arms Export Control”, “Human Rights and Humanitarian Aid” and “Law and Consumer Protection”. Before joining Reporters Without Borders, he worked for several years as a journalist for print and online media in Germany and Ecuador. 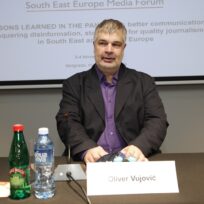 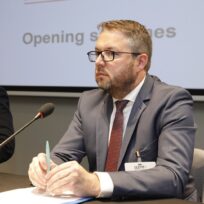 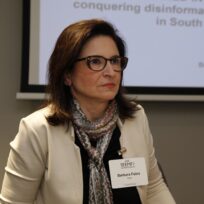 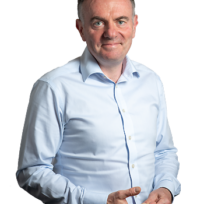 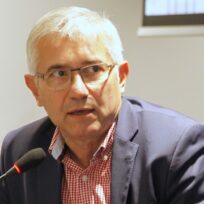 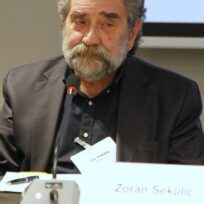 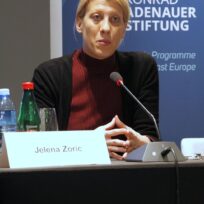 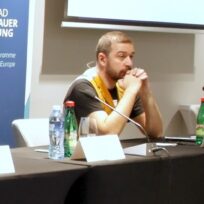 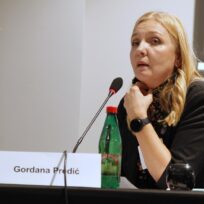 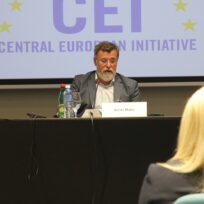 Veran Matić
Chairman of the Commission for Investigating the Killing of Journalists in Serbia and founder RTV B92. 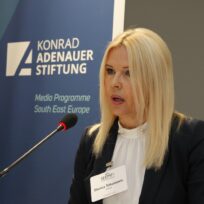 Slavica Trifunovic
Ministry of Culture and Information of Serbia, Belgrade