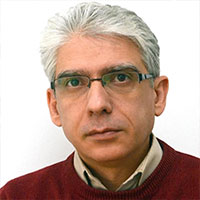 With a 30-year career in journalism, Petar Karaboev is considered one of the leading specialists in international relations in the Bulgarian media.

Since 2000 he has been the Deputy Editor-in-Chief of the daily Dnevnik, which has since been transformed into the internet site Dnevnik.bg – one of the quality media supporting investigative and professional journalism in Bulgaria. Petar Karaboev is also a contributor for Capital weekly – another very authoritative newspaper in Bulgaria.

Karaboev observes with concern the decline of media freedom in Bulgaria, but also works with young people and believes that many of them have the qualities and motivation to be the next generation of quality Bulgarian journalists.