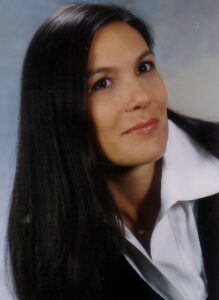 I was born in Nova Gorica, Slovenia. I studied English at the Facutly of Arts and Journalism at the Faculty of Social Sciences, University of Ljubljana. While still a student, I started working as a journalist and English translator at the Slovenian national news agency, STA. I got a full-time job there in 1996, after graduation. I mostly covered international relations, specializing in Slovenia’s bilateral relations with Croatia and Italy, NATO and OSCE, as well as succession to former Yugoslavia. Between 2001 and 2014, I was foreign editor, except in 2006, when I was STA editor-in-chief. During my mandate, we launched a new product – STA photo service. In 2014, I was appointed correspondents editor. I am a member of the International Federation od Journalists and of the Slovenian Association of Journalists.