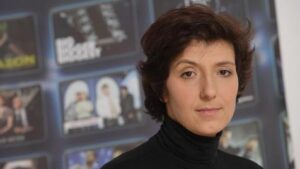 I started in a children’s TV show, but soon I became a war reporter. I have been working in many news productions, probably best known as editor of Hrvatska uživo, afternoon news magazine. I believe public broadcasters have a very important role in post-modern, Internet society. I am president of Trade Union of Journalists of Croatia. I won the award for Journalist of the Year of the Croatian Association of Journalists, and Pride of Croatia for volunteer humanitarian work.