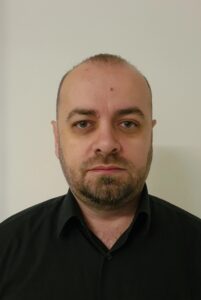 Lorik Arifaj is Acting Deputy General Director at Radio Television of Kosovo, Public Broadcaster. His career in media began in 2002, when he started his work as a producer and later as journalist and Editor in Chief. Over 5 last years he has had managerial positions in RTK, and part time as a producer and fixer for TSR Geneve.
Arifaj has conducted several interviews during his career with known personalities such as White House spokesperson James Rubin. He is a trainer of Trainers in EBU Academy and was member of editorial board for Southeastern Europe in ERNO. He also works part time as PR Specialist in several EU Projects.
Lorik is finishing a master degree in Journalism and Mass Communication and also a master degree in Democratic Society and Local Governance, both last semester. He holds a bachelor in Journalism and English Language and Literature. He speaks fluently Albanian, Serbian and English language.