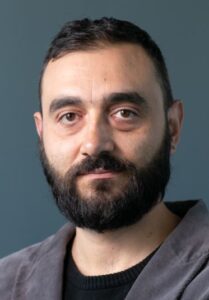 Francesco Martino is a long-term correspondent from South-East Europe for the think tank Osservatorio Balcani Caucaso – Transeuropa, an operational unit of Centro per la Cooperazione Internazionale. Based in Sofia, Bulgaria, member of the OBCT editorial staff since 2006, he’s been covering South-East Europe with a special interested in social issues, politics, economy, culture, and EU integration, authoring articles, reports, interviews, in-depth analysis, photo-reports, video and audio news reports. As a reporter and area expert, he’s also been contributing to several Italian and international media outlets and think-tanks. Master’s Degree in Media Studies from the University of Trieste, he worked in the field of international cooperation in Kosovo before becoming a journalist. He is fluent in Italian, English, Bulgarian, Serbo-Croatian.