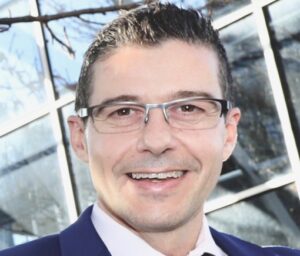 Andon Baltakov has been the Director General of the Bulgarian National Radio since January 2020.

Previously, Andon was the COO of Storyful, a leading social news agency, and a unit of News Corp. He oversaw the enterprise’s business strategy and operations and helped drive the transformation of Storyful from a promising start-up to a thriving player in the digital space.

Before joining Storyful, Andon was the VP, Product Management – News at ProQuest, a database provider for academic and research institutions. Some of his key accomplishments there as the leader of a $70+ million subscription-based news business include reversing a three-year revenue decline; implementing new content packages and pricing bundles; initiating a re-branding strategy program for the entire news product portfolio.

Prior to ProQuest, Andon was the Senior Director of Business Operations for CNN Digital. In that role, he was responsible for the overall digital experience for CNN’s 100 million+ unique digital consumers globally as well as for CNN’s digital video strategy and execution. He led a team that built and launched CNN’s Video Affiliate Network, a digital video syndication platform focused exclusively on quality news and lifestyle video from CNN and trusted video content providers.

Andon joined CNN after seven years at the AP, where he held a number of increasingly senior roles. As deputy director of the strategic planning department, he was a central player in crafting and communicating the global business strategy of the organization and implementing several projects that significantly accelerated AP’s digital development. He was part of the team that produced original research on digital news consumption and AP customer needs around the world in 2007 and subsequently led projects over the next three years that shaped the company’s decisions on digital infrastructure, licensing and product strategy. He also led the global team that revamped AP’s video strategy for digital newsgathering, delivery and sales.

Andon began his career as a journalist, first as a newscaster and news producer at the Bulgarian National Radio, then as a broadcaster with the BBC World Service in London and then as the editor of a Bulgarian newspaper after moving to New York.

Andon holds an MBA from the Yale School of Management.